Disorderly Retreat from Afghanistan: The U.S. has become an Overextended Military Empire posing a Serious Threat to its long-term Security

"If a state overextends itself strategically—by, say, the conquest of extensive territories or the waging of costly wars—it runs the risk that the potential benefits from external expansion may be outweighed by the great expense of it all." Paul Kennedy (1945- ), British historian, (in 'The Rise and Fall  of the Great Powers', 1987)

"As distinct from other peoples, most Americans do not recognize—or do not want to recognize—that the United States dominates the world through its military power. Due to government secrecy, our citizens are often ignorant of the fact that our garrisons encircle the planet. This vast network of American bases on every continent except Antarctica actually constitutes a new form of empire—an empire of bases with its own geography not likely to be taught in any high school geography class." Chalmers Johnson (1931-2010), American author and professor of political science, (in an article in TomDispatch, 'America's Empire of Bases', Jan. 15, 2004).

"The task facing American statesmen over the next decades, therefore, is to recognize that broad trends are under way, and that there is a need to "manage" affairs so that the relative erosion of the United States' position takes place slowly and smoothly, and is not accelerated by policies which bring merely short-term advantage but longer-term disadvantage." Paul Kennedy (1945- ) British historian, (in 'The Rise and Fall of the Great Powers', 1987).

In 1987, British historian Paul Kennedy (1945- ) wrote a geopolitical book about how great powers rise and fall, in which he studied how economic and military factors can accompany or cause previously dominant  nations to lose their great power status. His main conclusion is that sooner or later a great hegemonic power will become overextended and its economy will struggle to keep its big military machine going. Indeed, an empire can increase its resources by launching wars abroad, at least for a while. However, sooner or later, a situation of permanent war and the military occupation of foreign lands result in more costs than benefits.

Such a widespread collection of foreign military bases has two main consequences. First, it makes sure that the United States is likely to get involved in many foreign conflicts. And, second, it requires an important chunk of the U.S. public budget to be allocated to maintaining such a large military apparatus.

· The overload of the office of American president

For many people, the American debacle in Afghanistan would seem to be proof that President Joe Biden is inept and incompetent, and that his advisers are clueless when it comes to making good decisions and to properly assessing a situation. This is a somewhat unfair appreciation of the circumstances. They are neither imbecile nor incompetent, but they could be overworked and distracted.

In fact, a case can be made that the function of American president has increasingly become way too complex and demanding for a single individual to handle, especially since the United States has assumed a global military role. The U.S. president has only twenty-four hours in his day like anybody else.

Indeed, the American head of state is obliged to manage a huge bureaucracy; he must tackle important domestic issues (pandemic, budget, Congress, etc.); and, as if this were not enough, he must also play the role of an emperor on the international scene and deal with Iran, China, Taiwan, Russia, Iraq, Syria, Yemen, Israel, when not with North Korea, Somalia or Ukraine, etc. At the same time, the few trusted advisers who assist him are called upon to tackle many issues simultaneously. The president and his advisers can easily get distracted by the multitude of international problems that confront their administration.

It may be informative to compare two important American military failures, in 1975 and in 2021

The first instance when a major military expedition turned into a genuine fiasco for the United States occurred in 1975, with the fall of Saigon, capital of South Vietnam. The city could no longer benefit from the protection offered by the US Air Force, since an agreement to withdraw American forces had been concluded two years earlier. The date of April 30, 1975, marks the hasty and chaotic withdrawal of the last 6,000 Americans to leave SouthVietnam along with 50,000 Vietnamese, after Saigon fell to the North Vietnamese army.

Indeed, it's very important to underline that in Paris, on January 27, 1973, the American Secretary of State Henry Kissinger signed an armistice treaty, called the Paris Peace Agreement. This agreement was concluded between the United States and South Vietnam, on the one hand, and the northern Democratic Republic of Vietnam (DRV) and the Viet Cong, on the other hand. The agreement called for "an immediate cease-fire, the withdrawal of American military personnel within two months, the release of American prisoners, the end of the bombardments and the reunification of Vietnam by peaceful means."

The goal was to allow the United States to extricate itself "with honor" from the Vietnamese quagmire. However, it was nothing more than a soft surrender on the part of the United States. The "peaceful reunification" clause between the North and South Vietnams was untenable. It was, in fact, not respected by the DRV and its allies, even if it was paramount to the Nixon administration.

The parallel between the fall of Saigon on April 30, 1975, and the fall of Kabul on August 15, 2021, is troubling. In both cases, the U.S. government had previously entered into an agreement with the enemy to withdraw its armed forces from the country, leaving the government in place without military air protection. Similarly, in both cases, the withdrawal of American civilians and local allies took place in an atmosphere of haste and chaos.

The difference between the two is that in the case of Afghanistan, Donald Trump's administration left the Afghan government—and even NATO allies—outside of the negotiation process. The Trump administration signed an Accord of armistice with the Taliban, on February 29, 2020, in Doha, Qatar. The so-called "deal" was signed between American Special peace envoy Zalmay Khalilzad (under the supervision of U.S. Secretary of State Mike Pompeo) and the Taliban leader Mullah Abdul Ghani Baradar.

The glaring absence of the Afghan government at the negotiating table greatly undermined its credibility. The fateful date of February 29, 2020, also marks the beginning of the demoralization and disintegration of the Afghan army, which felt abandoned and which could henceforth anticipate losing US military air cover and assistance in their fight against the Taliban.

For their part, the Taliban pledged to put an end to attacks against American and coalition forces ❲but not against the Afghan army❳, prevent terrorism, including the obligation to renounce al-Qaida and "prevent this group or others from using Afghan soil to prepare attacks against the United States or its allies."

Trump's former Security adviser, Gen. H.R. McMaster, has since called Trump's "deal" with the Taliban a "capitulation deal", because it was clearly paving the way for the Taliban to regain power in Kabul. As McMaster put it, "The Taliban didn't defeat us. We defeated ourselves!"

· A joint responsibility Trump-Biden for the 2020-2021 Afghan disaster

Initiated in October 2001, by Republican George W. Bush, both incumbent Joe Biden and former President Donald Trump wanted to end the U.S. military involvement in Afghanistan, without paying too much attention to the consequences. They believed that a military withdrawal without conditions could be done smoothly, and they counted on the collaboration of the Taliban to do so. —This was largely wishful thinking.

President Joe Biden was anxious to focus more on the current frictions that the United States has with Iran, China and Russia, and he endorsed the agreement reached by Donald Trump's government in February 2020, for a complete and definitive withdrawal of the American military forces from Afghanistan, no later than May 1, 2021.

He announced his decision on April 14, 2021. i.e. that the U.S. and NATO troops were going "to be out of Afghanistan before we mark the 20th anniversary of that heinous attack on September 11th", and that he was pushing back the final date for a complete withdrawal to August 31, 2021.

The option of extending the presence of a reduced U.S. military mission in Afghanistan until the country was truly stabilized and that there would be no possibility for a resurgence of al-Qaeda and the Islamic State (ISIS)—and above all the Islamic State group in Khorasan (ISIS-K), as suggested by former American officials—was not retained.

Let's add that the Biden administration left behind billions of dollars of military equipment recuperated by the Taliban!

Neither Trump nor Biden figured out that this would betray twenty years of a direct American commitment in Afghanistan, and that a complete and precipitous military exit would leave many thousands of Afghans who had worked for the U.S. government in clear danger for their lives. Similarly, they didn't seem to have considered the worst-case scenario: that the Taliban would rapidly overthrow the pro-American government in Kabul and that total chaos would ensue. (N.B.: The C.I.A., for one, had predicted the collapse of the Afghan government and a quick Taliban victory if all American troops were to withdraw from the country.)

Nevertheless, even though both Trump and Biden were involved in planning the U.S. military exit from Afghanistan, it was the Democratic president who made the final decisions that led to the—preventable—August 2021 fiasco. This is why despite Biden's denial, it's likely that it will be the Democrats who will suffer an electoral backlash for his crisis mismanagement, in the 2022 and 2024 elections. It remains to be seen how important such setbacks will be.

The experience of the last fifty years has shown that the idea that prevailed after World War II, that the United States could count on its military supremacy to impose democracy and capitalism on other countries, is past due. No country, whatever its military might, can impose its will on other countries forever. This was an imperial idea that American neocon thinkers resurrected after the fall of the Soviet Empire (USSR) in December 1991, but nothing good came of it.

Since Bill Clinton's administration (1993-2001), successive U.S. governments  have abandoned the United Nations and its peacekeeping mechanisms. They replaced U.N. operations with those of NATO, which are more flexible, for sure, but also much less legitimate. — This was a mistake. — A return to the legitimacy of a reformed United Nations Organization would seem to be the road to follow in the coming years, if the world is going to avoid falling back into destructive conflicts. 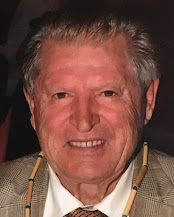