Conway is a lawyer, without qualifications in psychology. That did not stop him from tweeting two pages from the American Psychiatric Association's Diagnostic and Statistical Manual of Mental Disorders after stating that Trump's behavior was "a product of his pathologies" and retweeting another lawyer saying Trump was "a deranged nutcase."

Conway's Monday morning amateur diagnoses came after he said he thinks Trump’s mental state is deteriorating after a slew of Sunday tweets from the president, on subjects ranging from the possibility of a federal investigation into “Saturday Night Live” to what he viewed as the failings of late Sen. John McCain, R-Ariz.

“His condition is getting worse,” Conway, a GOP lawyer who was considered for the job of solicitor general by the Trump administration, tweeted in response.

The criteria listed included “a grandiose sense of self-importance”; “is pre-occupied with fantasies of unlimited success, power, brilliance, beauty, or ideal love”; has a belief that they are “special”; “requires excessive admiration”; and feels entitled, among a handful of other qualities.

A pervasive pattern of grandiosity (in fantasy or behavior), need for admiration, and lack of empathy, beginning by early adulthood and present in a variety of contexts, as indicated by five or more of the following:

Antisocial personality disorder is indicated, by a “failure to conform to social norms with respect to lawful behaviors”; being dishonest, impulsive, as well as “irritability and aggressiveness, as indicated by repeated physical fights or assaults,” among other criteria.

A pervasive pattern of disregard for and violation of the rights of others occurring since age 15 years, as indicated by three (or more) of the following:

(1) Failure to conform to social norms with respect to lawful behaviors as indicated by repeatedly performing acts that are grounds for arrest;

(2) Deceitfulness, as indicated by repeated lying, use of aliases, or conning others for personal profit or pleasure;

(3) Impulsivity or failure to plan ahead;

(4) Irritability and aggressiveness, as indicated by repeated physical fights or assaults;

(5) Reckless disregard for safety of self or others;

(7) Lack of remorse, as indicated by being indifferent to or rationalizing having hurt, mistreated, or stolen from another.

The president’s doctors have said that he is healthy. 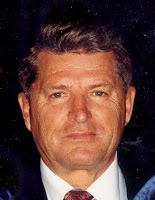 Email to a friend:
http://rodriguetremblay100.blogspot.com/

Send contact, comments or commercial reproduction requests (in English or in French) to:
carole.jean1@yahoo.ca
N.B.: Comments may be published on our weblog, unless you request otherwise.

To write to the author:
rodrigue.tremblay1@gmail.com

N.B.: This article may be reproduced with permission or license from the author. This article is not intended in any way as personal advice of any sort. It is licensed under a Creative Commons Attribution-Share Alike 3.0 License.
Under the terms of the Creative Commons Attribution (http://creativecommons.org/licenses/by-nc-nd/4.0/), which permits non-commercial reproduction and distribution of the work, in any medium, provided the original work is not altered or transformed in any way, and that the work is properly cited. For commercial re-use, please write to: carole.jean1@yahoo.ca.