"Fascism: a form of far-right, authoritarian ultranationalism, which is characterized by dictatorial power, forcible suppression of opposition and strong regimentation of society and of the economy." Robert O. Paxton, The Anatomy of Fascism, 2005, p. 32.

On Wednesday, January 6, 2021, the ugly face of fascism in action was seen in Washington D.C., when an unruly pro-Trump mob, incited and inflamed by an angry speech by outgoing President Donald Trump, stormed and rampaged through the U.S. Capitol, in an obvious attempted coup. This marked the lowest point in Mr. Trump's chaotic presidency, a presidency ending with an attempt to stoke the fires of insurrection in the vain hope of remaining in power.

Let us get some perspective.

Just a few weeks after his inauguration, here is what I wrote about Mr. Donald Trump and about what to expect from his presidency, in an article titled 'The Imperial Presidency of Donald Trump: A Threat to American Democracy and an Agent of Chaos in the World?:

"When 46.1% of Americans voted for Trump in November (2016) they did not know precisely 'what they were buying'. They did not expect that the promised 'change' the Republican presidential candidate envisioned and promised was going to be, in fact, chaos' and 'turmoil' in the U.S. government."

President Donald Trump and his administration did turn out to be a threat to American democracy and a source of chaos in the world.

In 2019-20, the U.S. Republican-controlled Senate could have convicted Donald Trump, after the House had impeached him. The numerous examples of abuse of power and of obstruction of justice, which were outlined in the Special Counsel Robert Mueller's report were undisputable. But, for obvious partisan expediency, the GOP-controlled Senate chose instead to acquit him in February 2020. In so doing, they shamed themselves in placing their party's interests above their nation's interests. It was left to the American electorate to complete the impeachment process of the sitting president, the third time an American president has been impeached, and they did just that on November 3rd 2020.

And presently, in his disgraceful way of leaving office, megalomaniac Donald Trump is as obnoxious and destabilizing as he was when he unexpectedly got into the White House. For weeks now, he has been focusing on trying to overturn Vice President Joe Biden's election with false voter fraud claims, even though Biden won the popular vote by more than seven million ballots and the Electoral College with a margin of 306-232--a 56,9% majority. This incredible show is now over, and President-elect Joe Biden will be the 46th president of the United States.

During his four-year mandate, President Donald Trump did not rise to the challenge of being the competent head of a democratic state. He has instead attempted to install an autocratic rule in American politics. If he had been reelected for a second term, it's a sure bet that it would have been impossible to constrain him, and American institutions would have been seriously threatened. That he has not succeeded in his quest for autocratic power is something to be appreciated by anyone who values democracy.

What will Donald Trump the politician be remembered for?

In his last days in office, President Donald Trump has left the U.S. government in a state of semi-paralysis

Just before Christmas 2020, lame duck President Trump decided to play the Grinch. Senate Republicans had reached a compromise with Democratic senators on a $900 billion Relief bill for 14 million American families whose jobless benefits were running out. Seemingly out of pure spite against his fellow Republicans, Trump refused to sign the measure, thus creating a major humanitarian crisis. Then abruptly, after Christmas, he signed the bill, ending the damaging situation he had just created.

All the while, Donald Trump was playing swamp politics in dishing out close to 100 presidential pardons, (94 as of Dec. 25, 2020), to well-connected convicted friends, political allies and relatives, and even to some convicted murderers.

Under Donald Trump, the United States has been weakened and is more polarized than it has been for decades. Such a deep division is fostered by new technologies, which allow people to isolate themselves in their own information universes. But Mr. Trump's rhetoric of setting one group against another has also intensified such polarization and disintegration.

It has been observed that Donald Trump's appointees to the bench stand out from other judges for their ultra-conservative views, even compared to those named by other Republican presidents. This could have a lasting effect on the judiciary for generations.

Far from reducing corruption, Donald Trump has intensified it

In 2016, candidate Trump promised to 'drain the swamp' of corruption in American politics. Not only did he not fulfill that promise, he made things worse. Some analysts even conclude that he has been the "most corrupt" president in U.S. history.

Faced with the worst pandemic in a century, Donald Trump stumbled

As far as the Trump administration's management of the Covid-19 crisis is concerned, the most that can be said is that it was not the work of a competent government. The President himself began by denying that there even was a crisis. In his words, it was only a 'normal flu'. Then, when it became impossible to negate reality, Mr. Trump claimed that the pandemic crises was a 'hoax' engineered by the Democrats. Even when a vaccine became available, the vaccination program fell short and was widely criticized.

The Trump administration, through deregulation and huge tax cuts for the rich, has done much to exacerbate income and wealth inequalities in the United States. Official data indicate that income inequality is the highest on record. It's also higher than in any other advanced economy.

Similarly, the United States has wider disparities of wealth between rich and poor than any other major developed country. Today, wealth ownership in the United States is as heavily concentrated in the hands of a small minority of the population as it has ever been.

On June 1, 2017, when Donald Trump officially pulled the United States from the 2015 Paris Agreement on climate change, he placed the U.S. government squarely on the wrong side of history. This could be the most irresponsible decision that Mr. Trump made during his term in office. However, President-elect Joe Biden has promised to rejoin the Paris Agreement on the first day of his presidency.

Mr. Trump adopted a host of other measures detrimental to the environment. As of mid-2020, the Trump administration had rolled back 64 environmental rules and regulations.

Trump's foreign policies have been isolationist, militaristic, destructive and divisive

In international relations, Donald Trump succeeded in antagonizing allies and foes alike. According to Pew Research, the image of the United States under the Trump administration has been tarnished around the world, reaching a record low in 2020.

President Trump unilaterally pulled the United States from major treaties negotiated by previous administrations, most often without consulting Congress or allies: besides the Paris climate change treaty, the Trump administration pulled out of the Iran nuclear agreement. It also pulled out of the Inter-Nuclear Forces (INF) arms control treaty with Russia. Mr. Trump often bypassed the United Nations, thus weakening the role of that institution in maintaining peace around the world.

It's true that a major war against Iran, Venezuela or China has so far been avoided; but through provocations and increased animosity between nations, Donald Trump has sown the seeds for such a major war in the future, especially a war with China over Taiwan.

For many weeks, in a display of deranged behavior worthy of a banana republic, and in open violation of his oath to uphold the U.S. Constitution, President Donald Trump has refused to publicly concede the 2020 election to former Vice President Joe Biden. This undignified and petty attitude has shown how much the man can be mean-spirited and a sore loser.

This was amply demonstrated on January 2, when unbelievably, President Trump openly begged, pressured and threatened Georgia's secretary of state, Republican Brad Raffensperger, into 'finding him 11,780 votes' in order to overturn the official electoral result in that state. (N.B.: Mr. Trump initially lost the presidential race in Georgia to President-elect Joe Biden by 11,779 votes; however, the result, after a final recounting, is that he lost by 12,670 votes.)

Such a quixotic request to an official in exercise to cheat and to invent votes was made during an hour-long recorded phone call made by the President, in a mob-style tone, and published by the Washington Post. It was a desperate and mind-blowing last-ditch attempt, and possibly also an illegal one, to subvert the electoral process and to strong-arm a change in the outcome of the Nov. 3 election in his favor. Luckily, Mr. Raffensperger didn't buckle.

U.S. courts have roundly dismissed Trump's legal challenges to the November election results. His last attempt in the state of Georgia was even seen by most as absurd and a manufactured crisis.

If Donald Trump had intentionally wanted to sabotage and undermine the Biden presidency by not accepting the official results of the November election, he would not have acted differently. In so doing, however, Mr. Trump has created a dangerous precedent. His temper tantrums and his numerous court challenges of the election results have demeaned and done a lot to delegitimize the American electoral process. It has damaged the reputation of the United States around the world, and it has cast a long shadow on the future of American democracy.

On Monday Dec. 28, 2020, even as staunch a supporter of Donald Trump as the New York Post headlined an editorial with a clear message to Donald Trump: "Mr. President... STOP THE INSANITY.

That says it all!

The conclusion is inescapable. President Donald Trump's legacy is a pile of rubble.

The American people were more than justified in voting Mr. Trump out in November 2020. In 2016, he didn't really deserve to be elected in the first place, since he received 3 million fewer votes than his democratic rival, Ms. Hillary Clinton.

The pathetic display that Donald Trump demonstrated after his electoral defeat by openly clinging to power indicates that he went into politics not to serve but merely to please his ego. That's not the type of politician a democracy needs. Probably Donald Trump's worst political crime has been to promote violence in American politics for his own narrow personal advantage.

If Mr. Trump had known any history, he might have imitated outgoing President Grover Cleveland (1837-1908). Indeed, in the 1888 election, after winning the popular vote but losing the Electoral College to Republican Sen. Benjamin Harrison (1833-1901), Cleveland wrote a personal letter to president-elect Harrison "to assure you of my readiness to do all in my power to make your accession to office easy and agreeable."

Now the damage is done. Donald Trump's name will forever be associated with demagoguery, violence and anarchy. 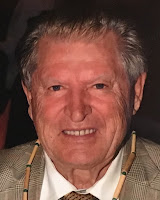 International economist Dr. Rodrigue Tremblay is the author of the book "The code for Global Ethics, Ten Humanist Principles" of the book "The New American Empire", and the recent book , in French, "La régression tranquille du Québec, 1980-2018". He holds a Ph.D. in international finance from Stanford University.